Home / Blog / 5 Facts About Earwigs You Might Not Know

Earwigs are something people generally don’t like to talk about or think about, and definitely don’t like to see in their home. But these little guys are commonly misunderstood and ultimately, they pose no threat to humans. Check out these five interesting earwig facts you might not know!

They aren’t interested in your ears – With such a misleading name, it’s no wonder that earwigs are feared and disliked. In reality, although they do have a preference for dark and moist places, earwigs will not attempt to go in your ears and feed on your brain. Don’t worry, your ears are not on their list of preferred habitats. 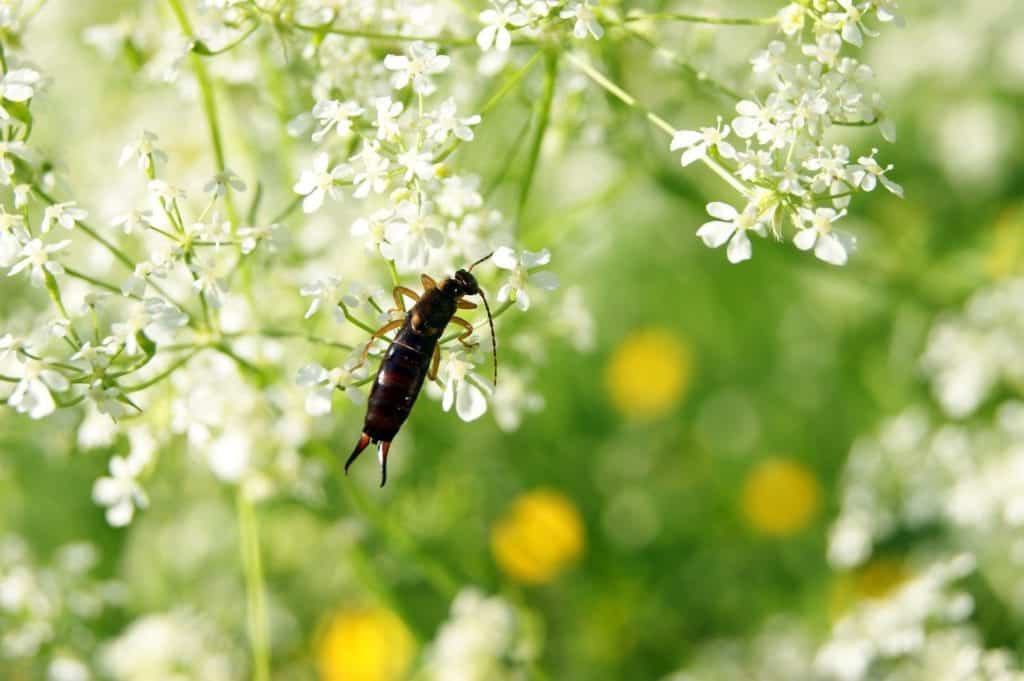 They have wings but don’t use them – Earwigs are fully capable of flying, but they very rarely utilize their wings. Those times that they do fly, they usually only do so in short, clumsy bursts. Rather than fly, they prefer to crawl along dark damp spaces around foundations and in basements.

They are fiercely loyal to their young – A female earwig can lay dozens of eggs at one time, and she will devote all her time to making sure they are protected. She will stay by their side until they hatch, while they grow and up until their first molt. After that, the newly free adolescents will be able to explore on their own.

They have a varied diet – The big set of pincers that earwigs are best known for, called cerci in the scientific world, are there for more than just looks. They use these cerci to capture arthropods for a hearty snack. They also feast on garden plants and composting leaves to add variety to their diet.

There is a large variety of earwig species  – Over 1,000 species of earwigs exist around the world, and a little more than 20 species make the United States their home. The most common species in the U.S. is the European earwig. They were first brought here in the early 1900s and have grown their population making them a common household pest.

If you have an issue with earwigs invading your home, don’t hesitate to give Richland Pest & Bee Control a call 24/7 at 1-800-308-9126, or contact us online to learn how our CT exterminators can effectively eliminate your earwig infestation. With decades of experience in the pest control industry, our team offers reliable, trustworthy service that’s given us an exceptional track record with our customers over the past 35+ years.


AVAILABLE BY PHONE 24/7 FOR EMERGENCIES

NEWS LETTER
Stay up-to date with the latest news and other stuffs!
OUR AFFILIATIONS