In a year already full of uncertainty due to the spread of the novel coronavirus, we are now faced with a new challenge; the invasive Asian Giant Hornet. First spotted in Washington state last December , no one is certain how these terrifyingly large hornets have made their way to the states. It’s possible that they migrated from a colony that was spotted in Canada last year. They can sometimes be transported through cargo from Asia to other parts of the world, unknowingly stowing away in shipping crates.

One thing is certain, these giant insects are not to be trifled with. They have been known to invade honey bee hives, ripping the heads off of helpless worker bees and consuming all the larvae inside the hive. A single hornet can kill dozens of honeybees in just a few minutes, while a group of them can take out an entire hive in the same amount of time. They will kill the adult honeybees and remove the larvae to bring back to their own colony and feed their young. Considered to be the world’s largest hornet coming in at 1.5-2” in length, these venomous monsters are a serious threat to honeybee populations and other important native pollinators.

They also pose a threat to humans, since their venom is so powerful that when stung multiple times, even someone who is not allergic can have a life threatening reaction. This is what gives them the nickname, “murder hornets.” While for now, the threat of their invasion remains in the Northwest corner of the United States, make sure to take a look at these important tips below in order to prepare for the inevitable spread of this invasive species. 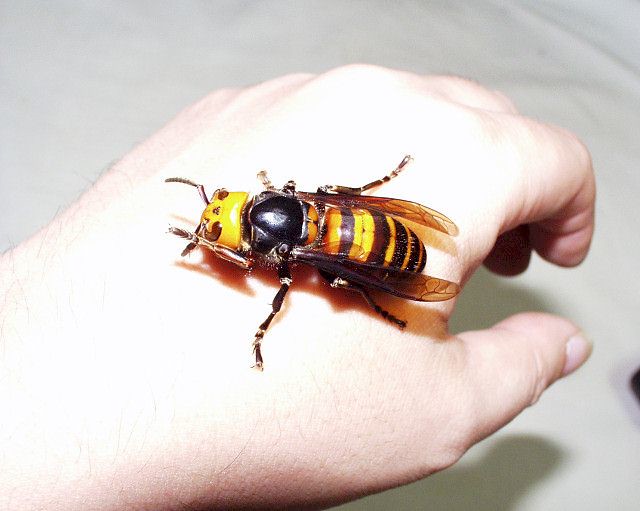 As always, you can count on Richland Pest & Bee Control for your stinging insect control needs throughout Connecticut and Western Massachusetts. If you see a nest or hive near your home, it is best to leave treatment to the professionals to keep yourself and your family safe from the harmful stings these insects can inflict. Contact us online for a free quote, or give us a call at 1-800-308-9126.

NEWS LETTER
Stay up-to date with the latest news and other stuffs!
OUR AFFILIATIONS