Humans are by far not the most common species of creature on the planet. We are far outnumbered by many different species of insect. We perceive these insects as being pests a great deal of the time; however, some of them do present a very real danger to us.

One insect that falls into this category, being incredibly aggressive, possessing venom and having the ability to sting multiple times, is the white faced hornet. If you think you may have seen a white faced hornet on your property, it is imperative that you educate yourself and call the experienced exterminators at Richland Pest and Bee Control in CT.

The white-faced hornet is a large species of wasp that can reach over 15 millimeters in length. The queen can reach as much as 20 millimeters.

The male white-faced hornet will have a white band around the first segment of the abdomen and both males and females will have their abdomen end in a white band.

The stinger of the white faced hornet is not barbed as much as a bee’s. This enables the hornet to sting multiple times instead of just once. 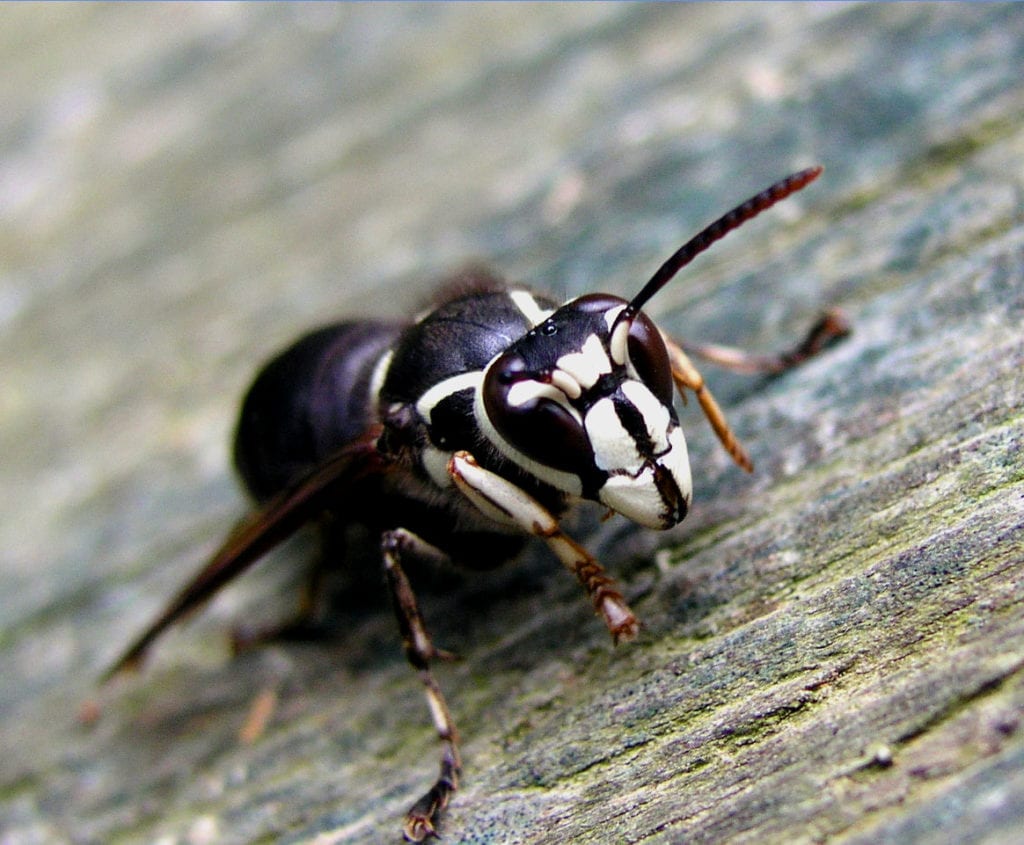 What do white-faced hornets eat and where do they live?

The adult white-faced hornet will feed on nectar and plant sap. This is gathered from plants surrounding the nesting site. Wood from nearby trees is chewed and used to build the nest that can reach as much as 3 feet in height. As such the white-faced hornet will typically build its nest in a wooded area where plants that produce nectar and sap are plentiful. The nest may be attached to trees or to buildings that present eaves that are protected from the weather.

The pregnant female or queen hornet will start her nest and lay an initial batch of eggs that will hatch out into infertile female workers, which then take over the task of tending the young. The nest is small at this point and a lot more easily removed. The larvae are fed pre-chewed insects, spiders and other similar insects by the worker wasps until they reach maturity. The white-faced hornet has also been seen to take raw meat in place of insects as food for the larvae.

The fertile and pregnant females will hibernate through winter while the workers and males die off leaving the nest abandoned. A new nest is then started by the new queen the following spring.

Why is the white-faced hornet dangerous? 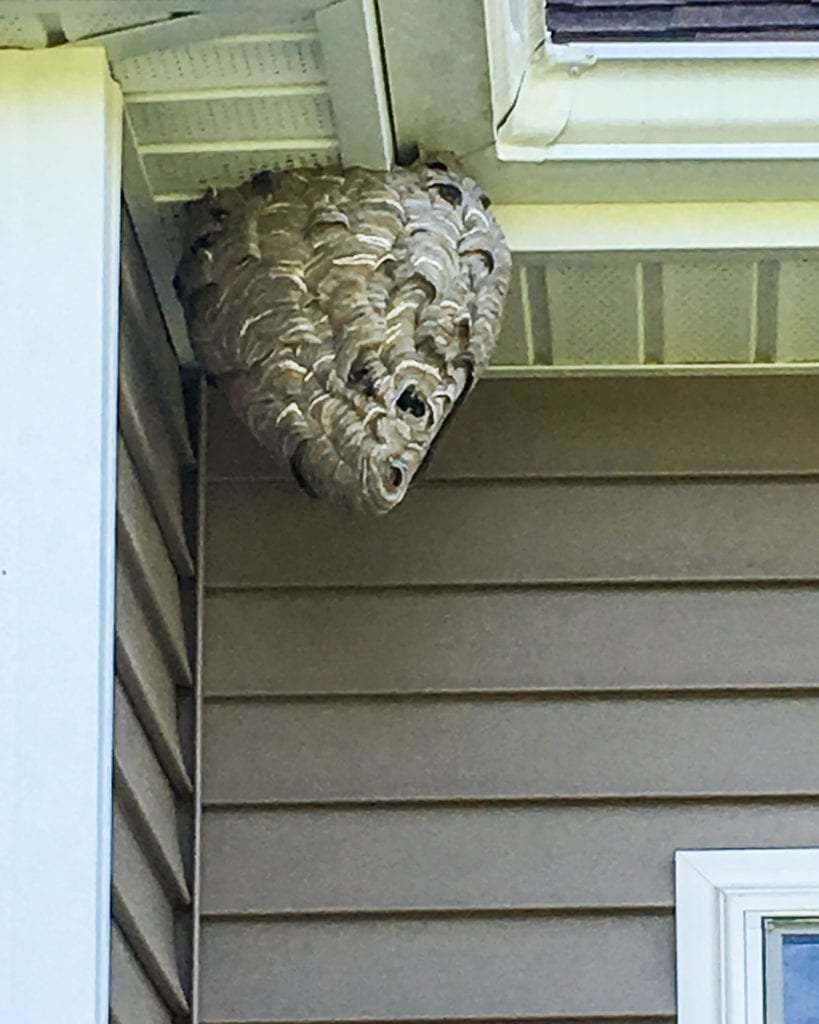 Although the white-faced hornet is a member of the same species of wasp as the yellow jacket, they are by far more aggressive. You do not need to actually attack the hornet to induce an attack. Simply bumping the nest or appearing to attack the nest is enough to bring on a full scale attack rather than a few warning stings. The white-faced hornet will even attack an observer of the nest should they be perceived as being threatening. This makes them more dangerous than their yellow cousins as it takes very little to provoke an attack and so children and pets are more likely to be attacked.

The stings from a nest of white-faced hornets are very painful and the typical strategies of rolling on the floor are not effective. The only thing to do is run far and fast to get away from the aggravated hornets. There is also the danger that the stung individual will have an allergy to the venom of the hornet, particularly if they have already shown an allergic reaction to the venom of other stinging insects such as bees. If you consider that a full-size nest can contain over four hundred hornets and most of them will swarm and attack in the event of a threat to the nest, it is understandable that a full on attack from a nest of white faced hornets can prove fatal.

The old, abandoned nest may be used by other wasps and insects, however, so do not assume that any nest is empty as there may still be some hornets left that will still protect the nest until their last breath, or the nest may be taken over by some other insect that that also uses stinging as a defense.

How do you prevent a white-faced hornet infestation?

The thing with the white-faced hornet, as with most wasps and hornets, is to catch it early. You need to find the nest in the early spring and have it professionally removed by Richland Pest and Bee Control before the queen in that nest is able to produce the next generation of queens and the area becomes filled with nests the following year. After the workers have died off and the queens have gone into hibernation is definitely too late and you will have to wait for the next spring when the cycle restarts to dispose of the nests.

It is also advisable to clear up any potential food source. Do not leave raw meat lying around and ensure that dustbins are tightly closed to prevent them from being used as a scavenging ground for suitable foods. 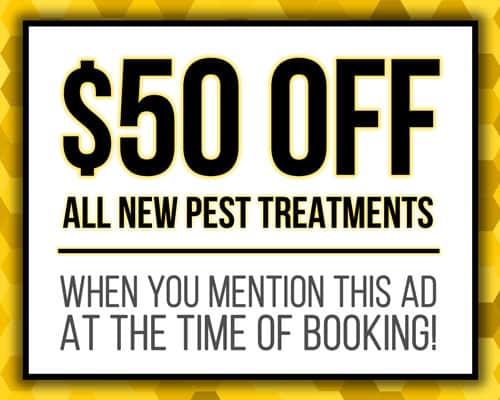 It is imperative that you do not attempt to remove even the smallest, most innocuous seeming nest on your own. Most household pesticides are not effective and will simply aggravate the hornets leading them to sting in defense of the nest. The professional exterminators at Richland Pest & Bee Control will have the expertise and the correct equipment to remove the nest safely.

When it comes to any kind of wasp or hornet or any other stinging insect, you should always call the experts at Richland Pest and Bee Control to remove and dispose of the nest. There is a good chance that you will be hurt, potentially quite seriously, if you attempt to remove the nest yourself. 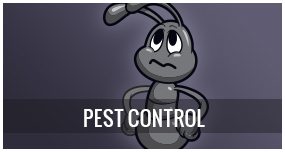 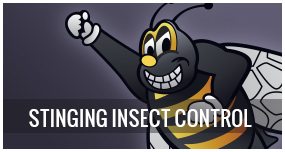